How To Signup or Register on Binance Desktop and Mobile Facebook has become an integral part of everyone’s lives due to the phenomenon called social networking. One can argue that the biggest thing to happen to social media and social networking is Facebook, and they would be right. What’s more is that the company has cemented its feet into the social scene further after the recent acquisitions of Instagram and WhatsApp, making it also one of the most rounded out platforms on the internet and a content creator’s paradise.

If you have not been in touch with a user for a long time and are feeling a little embarrassed to say hi, Facebook has a solution for you. The chat messenger on Facebook allows you to ‘Wave’ at a fellow user which then pops up as a notification to the recipient, prompting them to start a conversation.

In this tutorial, we will show you how to wave at a user on Facebook.

Open the web browser on your PC/Laptop.

In the URL bar, type in www.facebook.com.

ALSO READ  How to block a user on Facebook 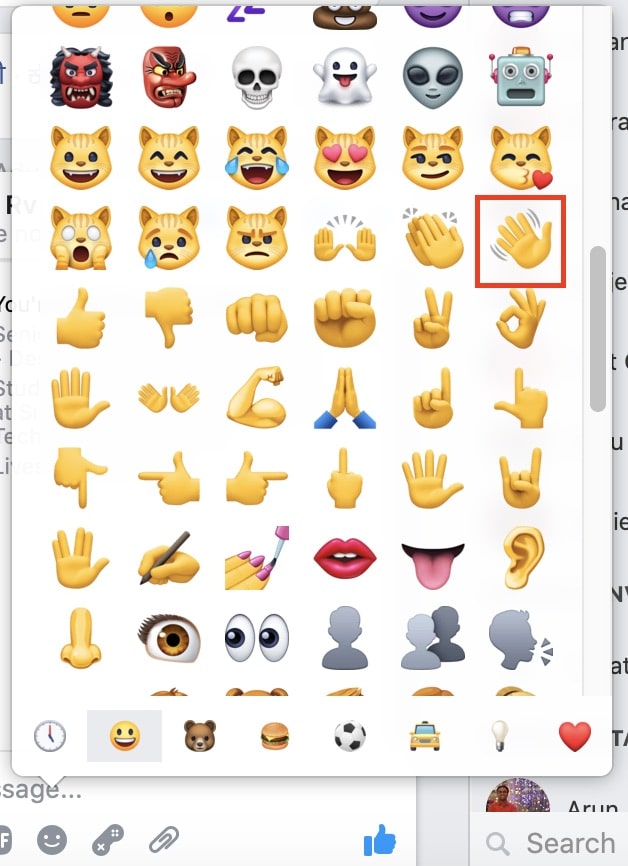 Press ‘Enter’ on the keyboard or the send button within the messenger itself.

The Wave will now be sent to the desired user.

Earlier, Facebook has introduced a dedicated Wave feature which replaced the rather funny ‘Poke’ feature. However, the button was placed very awkwardly and there were many reports that the wave button got pressed by mistake as well. To solve this, the wave feature seems to have been phased out, and now the only way out is using the emoji.