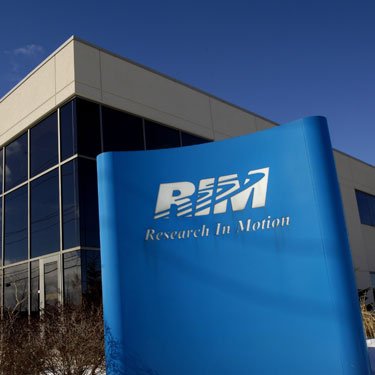 The past decade has been a study in data aggregation in the hands of a shrinking number of trusted companies. The flip side of that stewardship for firms like RIM is the negative financial impact that accrues rapidly after events like the three day data outage experienced last month by Blackberry users in many regions of the world.

Already being punished in the marketplace for losing its leadership position in the smartphone marketplace over the past couple of years, RIM executives scrambled to put together a package of free applications and services that they thought would appease angry customers after service had been restored.

The customer service band-aid was released to a mixed reaction. Some analysts complained that it did not happen fast enough, while others applauded the commitment upper management was showing to preserving the brand.

In the aftermath of e-mail and messaging services being lost, RIM executives announced that they would indeed form a ‘SWAT team’ to investigate this outage and make recommendations on further changes in order to strengthen the firm’s commitment to network stability. The question then became, will this be enough to assuage a skeptical userbase that they can return to full confidence in the company’s network?
The answer lies in looking more carefully at the ‘meanwhiles’:

Meanwhile, forensic journalists located former RIM engineering staffers that worked in the facility in the United Kingdom that contained the infrastructure that had failed and set off a chain reaction. Those former workers painted a different picture of the course of events, claiming that the network architecture was flawed- and that RIM knew that and knowingly chose an equally flawed roadmap for data expansion years before.
The most detailed analysis regarding the outage quoted a source that claimed that a core router had gone down, causing the messaging queue to back up and go undelivered until the engineering team in the United Kingdom was able to perform a risky restoration of a backup.
The reports cast doubts upon RIM’s previous commitment to expending what some would consider the necessary amount of money to keep its network bulletproof.

Meanwhile, as two more weeks passed by, class action lawsuits in the United States, Canada and the United Kingdom were filed, asking for millions in damages for lost business during the outage. Investors quickly factored this into the overall picture, noting that class-action lawsuits are a profession for some. On the positive side for RIM, most investors know that companies are rarely driven out of business by class-action lawsuits that result from conditions that are corrected within days. Additionally, ‘SWAT Team’ creation has proven to be a successful recovery strategy for at least one major credit card processing firm faced with similar complaints.

Meanwhile, RIM’s stock price limped along, closing below its own book value for almost the first time in the past decade, causing investors that favor a breakup and sale of the company to break out the war drums and start beating them in crescendo. The analysts in this crowd are pessimistic that current management, or any management perhaps can shape RIM back into the market leader that it was even a year ago. For them, ultimately, neither the data center outage nor the ‘SWAT team’ creation are primary factors in Rim’s future financial results.