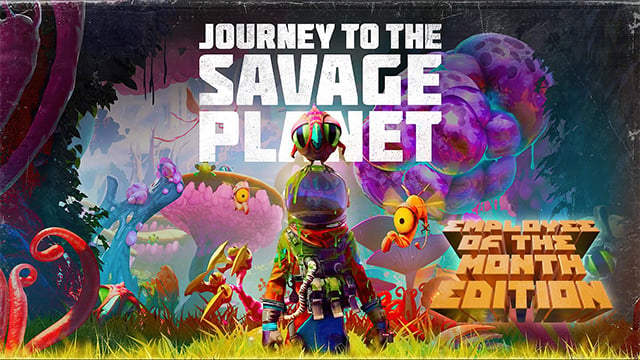 Free Next-Gen Upgrade for Journey to the Savage Planet

Journey to the Savage Planet was the only game produced by developer Typhoon Studios, which was bought by Google in an effort to create a flagship product for Stadia. While it garnered positive feedback, it never became a widespread smash for Google. It resulted in the shutdown of Typhoon Studios, which even disrupted Journey to the Savage Planet for a while. Fans of the game will be hoping that the new update isn’t a rehash of the past and that the upgrade works well from the start.

Journey to the Savage Planet: Employee of the Month Edition will be released on February 14th. The standard game includes the Hot Garbage DLC, 4K support, Performance and Graphics settings, and a much-enhanced picture function. The upgrade is welcome news for owners of the PS4 and Xbox One versions, who will get it for free. For anyone who missed the game when it first came out, the package is an excellent chance to finally dive in and experience one of the finest imaginary worlds in gaming.

The presence of next-generation consoles will be very beneficial for the game Journey to the Savage Planet. The game has an exceptionally brilliant colour palette and deserves to be experienced on its whole. Many lesser titles have already gotten next-gen upgrades, benefitting from the additional lifespan it brings to games. Players must wait to see how this upgrade affects the Journey to the Savage Planet experience.

Even Tetris players are unsure about the future of competitive Tetris

The future of the IP is uncertain as a result of Stadia’s shutdown for the foreseeable future. In an industry rife with sequels and remakes, it’s critical that there’s still room for fresh IPs to flourish. While news about the series has been scarce for some time, the game still maintains a devoted following. Small fan groups are not uncommon in being the motivating reason behind the creation of a sequel. It’s a real possibility for Journey to the Savage Planet.