The global leader in computer technology, Acer, has announced an expansion within its critically and user acclaimed Predator lineup.

The new generation of products includes Desktops, Monitors, and accessories, which promise to take the gaming experience on the predator devices to the next level.

“Our latest gaming line-up is outfitted with some of the most innovative and powerful technologies available today,” said Jerry Kao, Co-COO of Acer.

With the market settling into the 180 Hz bracket, Acer has pushed the bar even higher with their new 360Hz Predator X25 Monitor.

Gamers who like a more personalized setup will love the fact that the new Predator X25 Monitor is adjustable with -5 to -25 degree tilt, +/- 30-degree swivel, up to 4.7-inch height adjustment and +/- 90-degree pivot. This means that gamers can now play at the angles they like best, for all-round better performance.

Acer has also integrated the RBG LightSense technology in their XB3 Series monitors This allows gamers to choose a variety of different lighting effects, including color, speed, duration, and brightness, which can be set to react to gameplay, music or video.

When you are into gamign as a career or even as an avid enthusiast, the first thing you need is a CPU that offers unparalleled performance with next level cooling. The Predator Orion 9000 is like a blessing from god in this case. 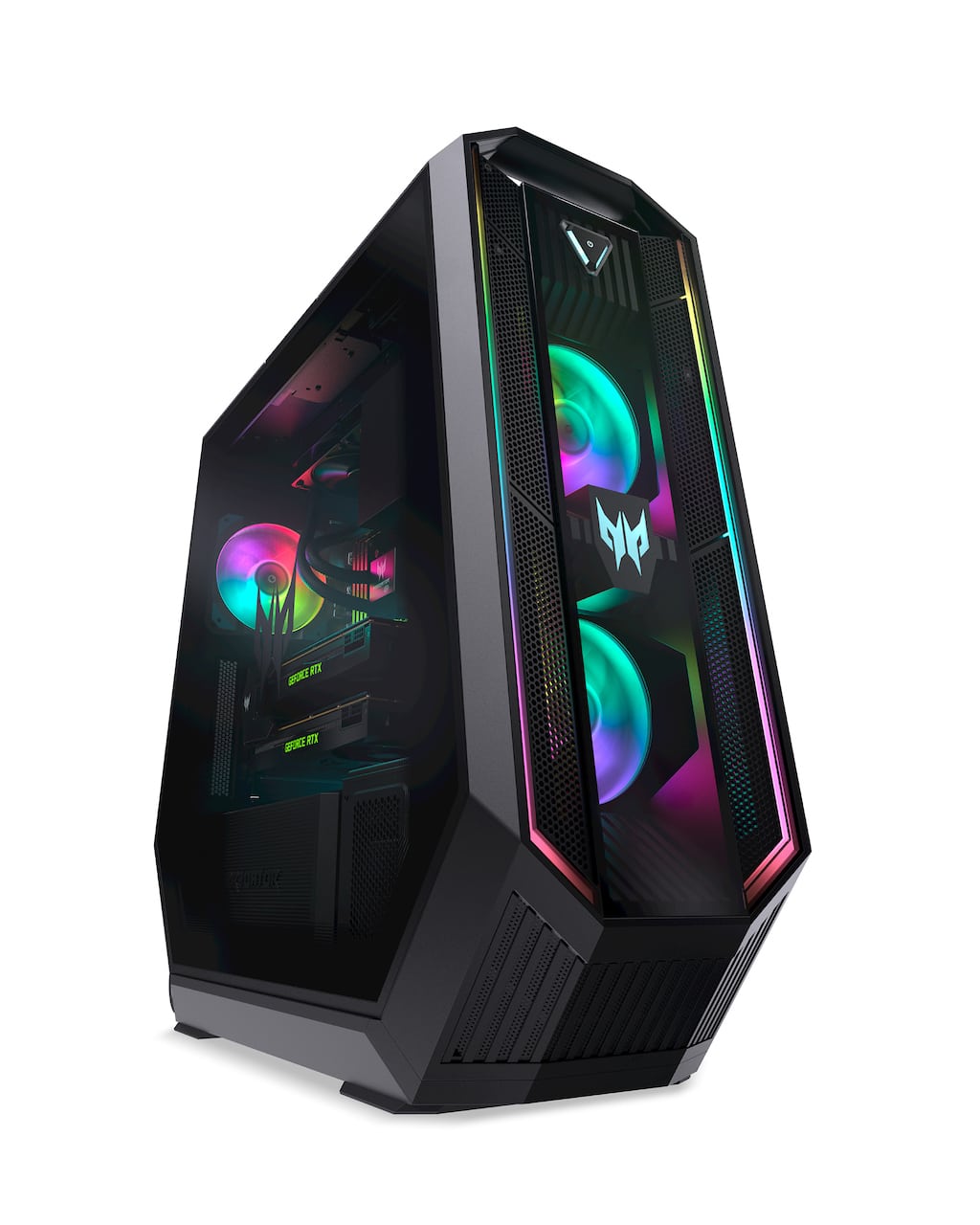 A gaming monster, this series packs a powerful punch with up to an Intel Core i9 Extreme Edition processor, dual NVIDIA Geforce RTX 2080 Ti graphics cards in SLI mode, up to three 3.5-inch HDDs and two 2.5-inch SDDs with a USB 3.2 Gen2 Type-C hot-swap dock for SSD/HDDs. Three 4.7-inch Predator FrostBlade fans provide up to 16% more airflow and 55% increased static pressure compared to prior generations, while a CPU liquid cooler fan keeps the temperature low as battles heat up. Integrated Killer E3100G and Intel WiFi 6 support fast and reliable wireless connectivity. Overclocking can be activated at the touch of a button.

The chassis includes a convenient headset cradle, handles, and wheels.

Acer is one of the most popular gaming brands in the world because they like to cater to all levels of customers. While the Orion 9000 is built for the most hardcore of the bunch, the new Predator Orion 3000 is built for the mid-range gamers. These are the gamers who love gaming on a casual to amateur level with occasional competitive appearances. The performance demand, though very high, is not at the level that is asked of by the hardcore lot.

Thanks to a 10th Gen Intel Core i7 processor and GeForce RTX 2070 SUPER GPU, it can tackle a wide range of games. Top that off with up to 64 GB of 2666 MHz DDR4 memory, up to 1TB PCIe NVMe SSD, and two 3.5-inch SATA3 hard drives, and it has the guts for editing and storing videos. Two custom-engineered Predator FrostBlade fans swiftly handle intake and exhaust to keep temperatures low, while the lighting on the fans and vertical light bars at the front of the case can be customized with special effects and up to 16.7 million colors via PredatorSense software.

If you are someone who is just getting started with gaming and are not sure how far you are really going to go in this line of work, the Nitro 50 Desktop is the best fit for you. 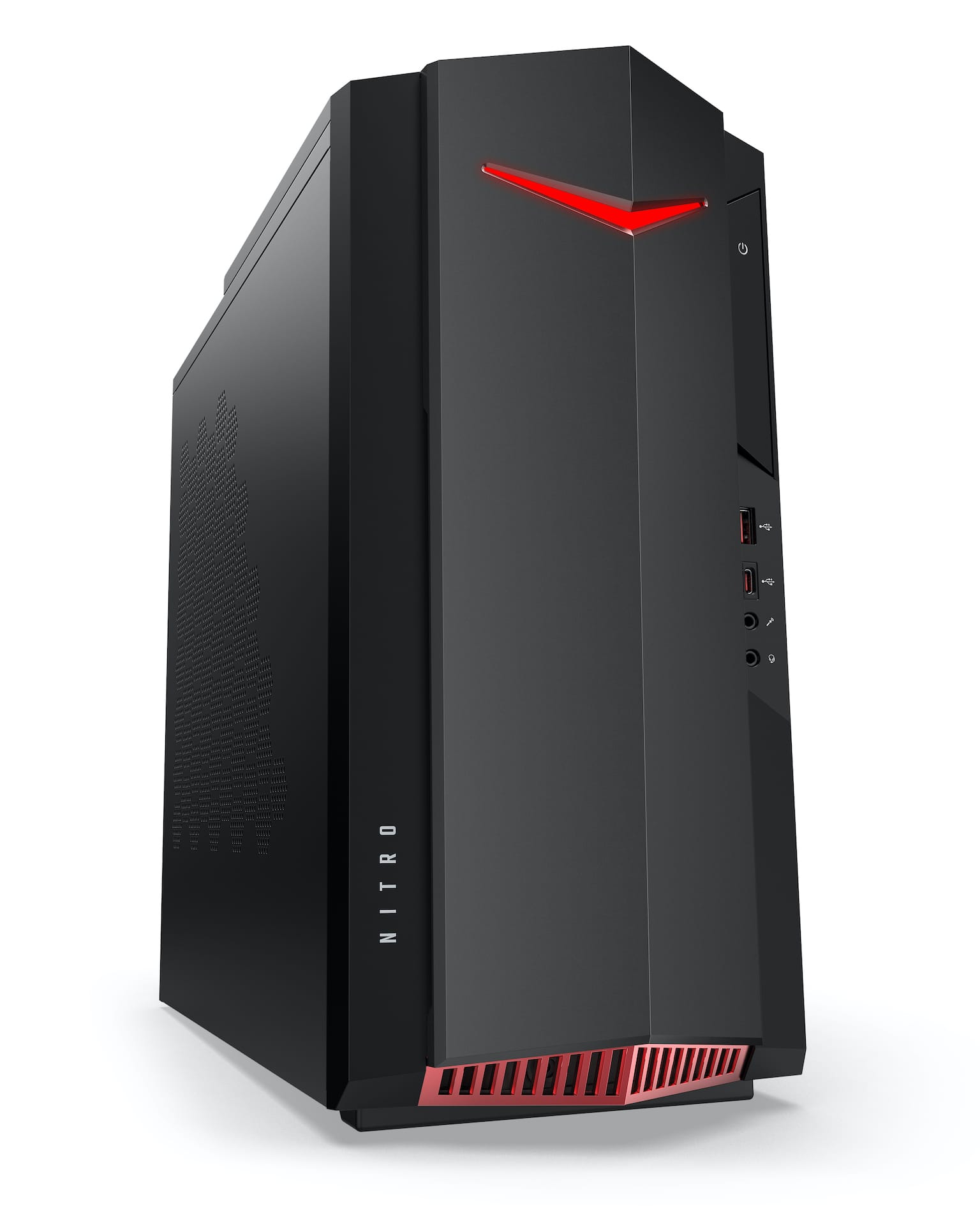 The Nitro 50 Series desktops deliver powerful performance for lag-free gaming and smooth graphics-intensive tasks with up to a 10th Gen Intel Core i7 processor and up to a GeForce RTX 2060 SUPER GPU. Up to 64GB of DDR4-2666 memory fuels the best possible performance. Sharp contours and red LEDs set the mood for epic gameplay, while the 18-liter chassis fits neatly on or under a desk. Powerful Predator FrostBlade cooling keeps the temperature low, and gamers can control and make adjustments to fan speed in real-time. High capacity storage is provided by a 1TB NVMe PCIe SSD and two 3TB HDDs.

With the Nitro 50 will ensure that you get the right taste of gaming, which will help you decide whether or not this is something you want to do in the long run.

At the bare minimum, the Nitro 50 will offer you hours of casual gaming fun.

One of the most crucial peripherals that gamers need today is the mouse. In the case of a gaming mouse, the three-button layout is assisted by a host of other keys and buttons arranged around the body of the mouse, while the chassis itself is designed for maximum grip and comfort, which is important for hours of non-stop gameplay.

The latest Predator mouse brings gamers fast and accurate control without messy wires. Different games feature varying play styles, each having its optimal settings. With the Predator Cestus 350, players can create five custom profiles or leverage preset DPI (up to 16,000) settings via the hyper-accurate Pixart 3335 optical sensor and make use of 8 programmable buttons, enabling them to optimize their mouse for each game. It also supports fast wireless connectivity with a polling rate of 1 ms/1000 Hz for wireless and 0.5 ms/2000 Hz for wired.

Acer understands that gaming at a professional level can be very demanding, and its important that gamers carry out business in comfort, which is why the new Predator lineup also includes the Predator Gaming chair.

Designed for professional gamers and eSports enthusiasts alike, the new Predator Gaming Chair x OSIM gives a relaxing massage that leverages OSIM V-Hand Massage Technology to emulate the agile hands of a professional masseuse on the user’s neck and shoulders. Together with other massage techniques such as knead, press, roll and tap, that cover the entire back, this gaming chair has been specially designed to decrease tension and optimize physical comfort during or after gameplay. 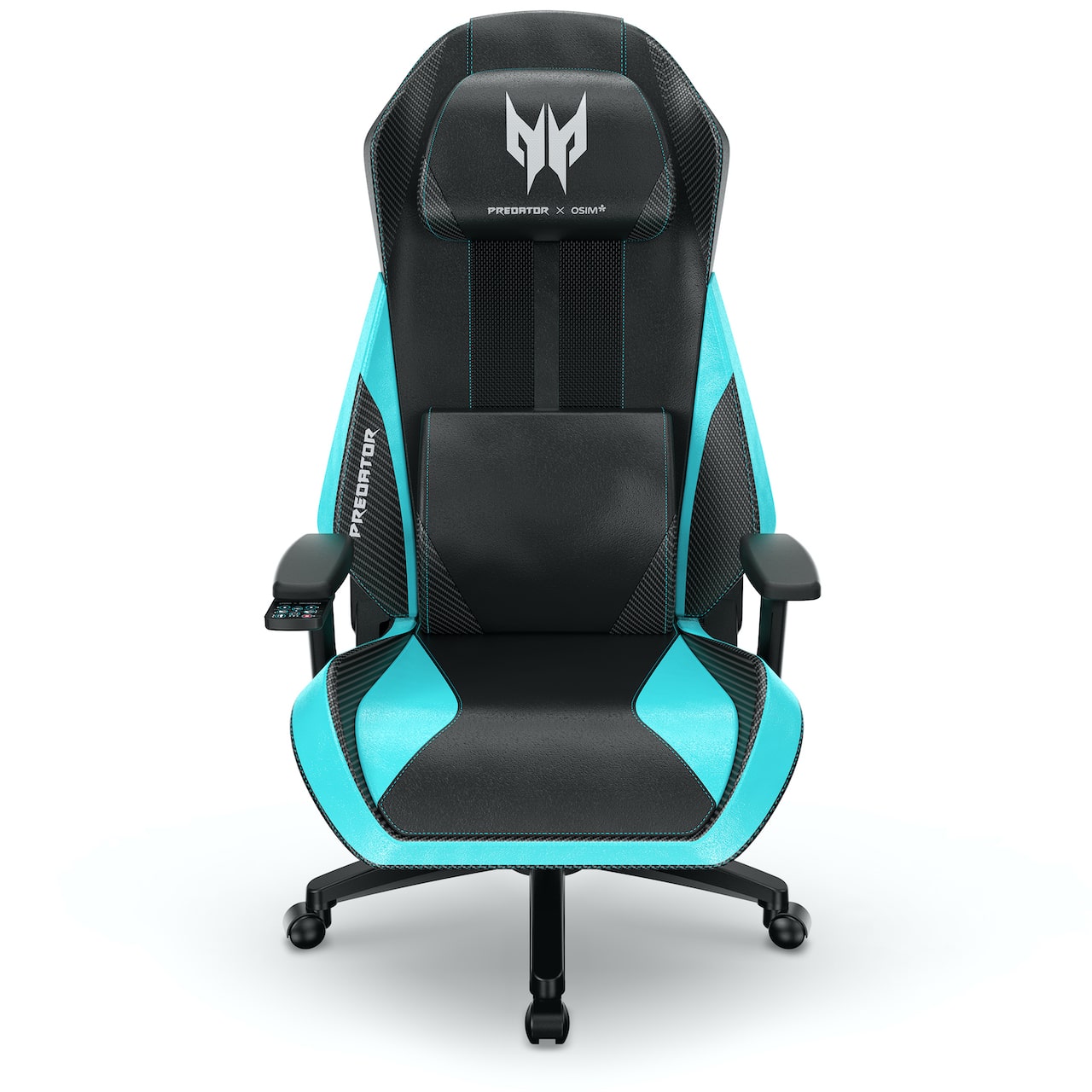 The cozy and ergonomic chair is highly adjustable, able to be reclined up to 145 degrees, and gamers can make use of buttons on the chair’s right-side armrest to control two sets of rollers that mimic a pair of agile hands tracing the s-curve of the spine.

The chair’s rollers can be adjusted to suit six different shoulder positions in order to cater to people of different heights and there are also roller width settings that provide gamers with the ability to hit exactly the right spot, regardless of their body width.

Featuring black carbon fiber patterned PVC leather with metallic dark gray and teal accents, the Predator Gaming Chair x OSIM has a sporty, yet professional, look and feel. Topping it off, two built-in Bluetooth speakers on the chair’s headrest deliver dynamic sound effects to intensify gaming immersion without the hassle of a headset.

The Predator XB3 Series will be available in North America in September starting at USD 429.99; in EMEA in August starting at EUR 439; and in China in July, starting at RMB 2,999.

Next article Contactless Payments Made Easy with Newly Launched HONOR 9A