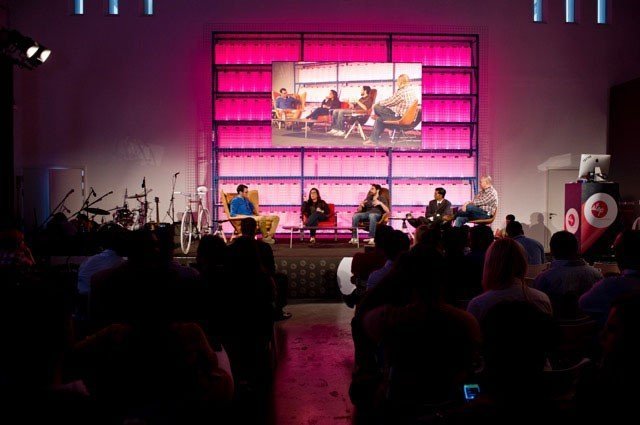 THREE of the world’s most wanted technology experts will join the man who designed Vin Diesel’s Furious 7 supercar to head up this year’s huge STEP conference. STEP, staged in Dubai later this month, features keynote speeches by tech legends Mike Butcher, Dave McClure and Jeremiah Owyang – all three appear on the list of the Top 100 most wanted tech speakers in the world.

Ralph Debbas, creator of the incredible $3m Lykan Hypersport supercar, which stars in the new Fast & Furious franchise movie – Furious 7, will talk about his experience with the movie, which was part filmed in Abu Dhabi, for the first time at this year’s STEP conference. STEP Conference will be unveiling the new frontiers in tech, gaming and design on March 31st at the Dubai International Marine club, with leading speakers and attendees from Microsoft, New York Times, Google and Emirates Group.

On top of that, more than 2000 like-minded attendees will experience augmented reality gaming, the latest in cutting edge smart living, as well as the latest trends in digital entertainment. The action won’t stop there, as gamers will also be thrilled to hear there is a gaming challenge, where contenders will battle it out for the title of the best gamer in Dubai. STEP Conference is the biggest and most disruptive event of its kind in the Middle East, and will be showcasing more than 100 startups hosted by Dubai Silicon Oasis’ DTEC, as well as 50 angel investors, accelerators and VC funds, including established names such as Techstars, 500 startups, Flat 6 Labs and Turn 8.

The start-up element will conclude with an exciting pitch competition, where seed stage startups will communicate their ideas to an audience of investors with a grand prize from Jordan based Oasis500. STEP Conference will also be appealing to other senses with its food festival area featuring eclectic local and international cuisine from authentic Emirati specialties, to eccentric fusion.

Music is also high on the agenda, with Freshly Ground Sounds providing the entertainment at the warm up party (Monday 30th March). The after-party will be held at hot beach club Zero Gravity, with a VIP lounge hosted by the STEP Conference’s PR partner – Brazen.

“This year’s conference will be the biggest and the boldest yet, and Dubai is the perfect city to host STEP. Not only does it have the connectivity and infrastructure, but it’s also a hotbed for the creative and digital scene in the region.

“We have a leading guest list of speakers from all over the world, divulging the latest trends in their fields and sharing success stories, as well as experts leading interactive workshops on specific topics.

“Our startup basecamp is one of the biggest in the region and we’re excited to provide these budding innovators the chance to pitch their ideas to seasoned investors.

“There are so many awesome elements to the conference – the gaming challenge, main stages, tech square, food and music fests, but for me, the most exciting element is the connection of 2,000 like minded people meeting to embrace their passions and swap stories and STEP Conference provides the perfect hub for that.

“We also have a few surprises in store, so attendees had better hold onto their hats, as they’re in for a thrilling ride.”

Mrs Shahla Ahmed Abdulrazak, Deputy CEO of DSOA comments about STEP Conference: “At Dubai Silicon Oasis Authority (DSOA), we are very excited to be part of STEP and we look forward to meet with all the new hot start ups from the region – DTEC.

“We are also very happy to collaborate with STEP Conference and sponsor the biggest regional startup exhibition with more than 100 startups.”

Tickets are still obtainable for STEP Conference, currently priced at $199 for a limited time, and are available for purchase from the website.