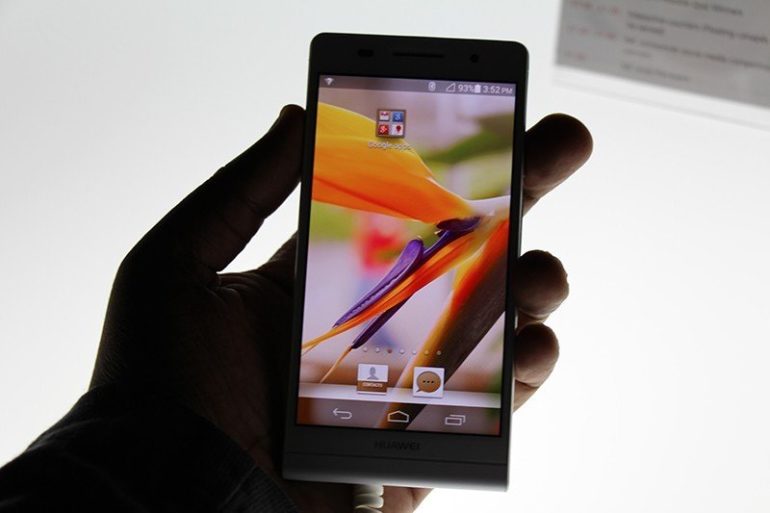 With Huawei Ascend P6 Chinese manufacturer are making their entry into the Android phone market. They have tried to incorporate all the features of high end Android phone so that they can give tough competition to all the leading Android manufacturer company. With slim built and sleek look it is attracting the attention of customers who were looking for good Android phones. According to expert reviews, this phone might not pose threat to those big names in the smartphone market but it is definitely making a place of its own.

So, how is the design!

Amongst all the smartphones in the market Huawei Ascend P6 is the slimmest with 6.18 mm and screen size 4.7 inch touchscreen which is protected by Corning Gorilla Glass. Therefore it provides you with scratch free experience and the colors are vibrant and have deep contrast and HD resolution of 1,280 X 720p.

Sturdy build with software to watch out for

The smartphone comes with Android Jelly Bean 4.2 and power packed 1.5 GHz quad core processor. It is also backed by 2 GB of RAM which is the reason behind its super fast speed. The connectivity is the shortcoming of this device. Otherwise look wise it can give other smartphones run for their money.

With 2000 mAh battery it works easily for 12-14 hours. Within these 12 hours you can do a bit of gaming, chatting, sending mails, calling and some social networking. It is not used extensively but at the end of 10 hours it starts showing low battery. When Wi-Fi is switched off then it performed better.

It has place for expandable memory and it comes with 8GB of memory onboard so nothing to worry about. The micro SD card slot is placed on the side and you can get up to 32 GB of expandable memory if you want to go that extra mile.

It has 8 MP rear camera with autofocus, touch focus, LED flash, panorama, geo tagging and object tracking. Picture quality is good that you can expect out of 8 MP camera. You will also get 5 MP front camera which you can use for self portrait or for video conferencing without much of disturbances. Then you have the video which performs well as compared to any smartphones in that range.

The price is mid-range and makes it quite accessible for those who want to possess the phone with some great features. The other smartphones which have features like this is quite high so it is easily capturing the market through its price.

ALSO READ  Synology Diskstation 918+ Review
Though there are phones which provide the same feature and is almost the same price but Ascend 6 beats them in style and size. Other phones don’t have the look that this phone caries and the 5MP front camera is a bonus in the "selfies" era.. So all in all it comes out as a winner in the mid range price category.
Display
85
Camera
90
Performance
90
Battery
90
Software and Features
90
Value For Money
90
89