Huawei debuts the FreeBuds Pro in the UAE

Realme launches its 7-series smartphone in the UAE

What is the Windows 10 Pro N Edition?

In this article, we will be looking at a rather unique flavor of Windows 10. Microsoft has been releasing a Windows 10 Pro N edition in the European Market for some time now, and today, we are going to take a look at what exactly it is, and how it is different from the other flavors of Windows, and whether it is something you want to subscribe to for yourself. 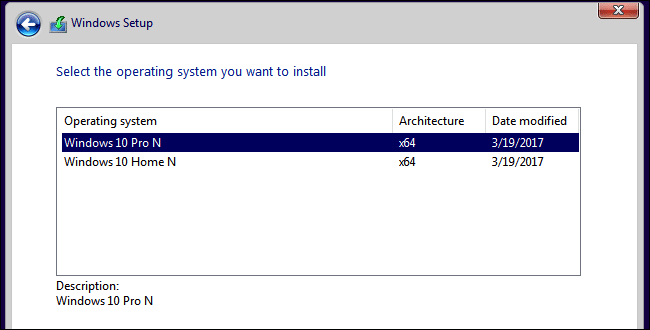 So firstly, Windows 10 Pro N is another edition of Windows 10 distributed in the European market by Microsoft. It is just like any other Windows 10 edition in the market albeit a small little change. The Windows 10 Pro N does not feature the Windows Media Player and the Multimedia bundle.

You don’t have to buy an N or KN edition of Windows, even if you live in these areas. Standard editions of Windows are also available for purchase.

There isn’t just one “N” edition of Windows, either. Instead, there are “N” versions of most Windows editions. For example, if you want to buy Windows 10, you can get Windows 10 Home N or Windows 10 Professional N. These are identical to the standard Home and Professional editions of Windows with all the same features, except they exclude the multimedia features mentioned above.

But why was the Windows 10 N series ever made?

These editions of Windows exist entirely for legal reasons. In 2004, the European Commission found Microsoft had violated European antitrust law, abusing its monopoly in the market to hurt competing for video and audio applications. The EU fined Microsoft €500 million and required Microsoft to offer a version of Windows without Windows Media Player. Consumers and PC manufacturers can choose this version of Windows and install their preferred multimedia applications without Windows Media Player also being present. It’s not the only version of Windows offered in the European Union—it’s just an option that has to be available. This is why the “N” editions are only available in Europe.

Is there a loophole ?

“N” editions of Windows aren’t prevented from using these media playback features. Instead, they’re just not installed by default.

If you want to enable these disabled multimedia features on an N edition of Windows, download the free Media Feature Pack from Microsoft. There are different download links depending on whether you need it for Windows 10, Windows 8, or Windows 7. This will re-enable all those disabled features.

These editions of Windows have largely been a flop. In theory, they were created to increase choice for consumers and PC manufacturers. Rather than being forced to use Windows Media Player, users could avoid it entirely and install their own preferred applications. PC manufacturers could choose the media player software they preferred, and media player companies could better compete without Microsoft getting in the way.

But these versions of Windows haven’t been very popular. They’re still not that common, so some third-party applications may not work properly if they assume these multimedia features are always present and rely on them. And Microsoft keeps adding new features to Windows 10 that won’t work properly on these editions of Windows unless you install the missing multimedia features.

If you have a choice, we recommend you avoid these editions of Windows. Of course, if you have an N or KN edition, it’s not a big problem—you can just download the free Media Feature Pack.

What is the default browser for macOS X

How to open a new Finder window on macOS

All you need to know about the Midori Browser

How to view the HTML source in Google Chrome

Huawei debuts the FreeBuds Pro in the UAE

Realme launches its 7-series smartphone in the UAE