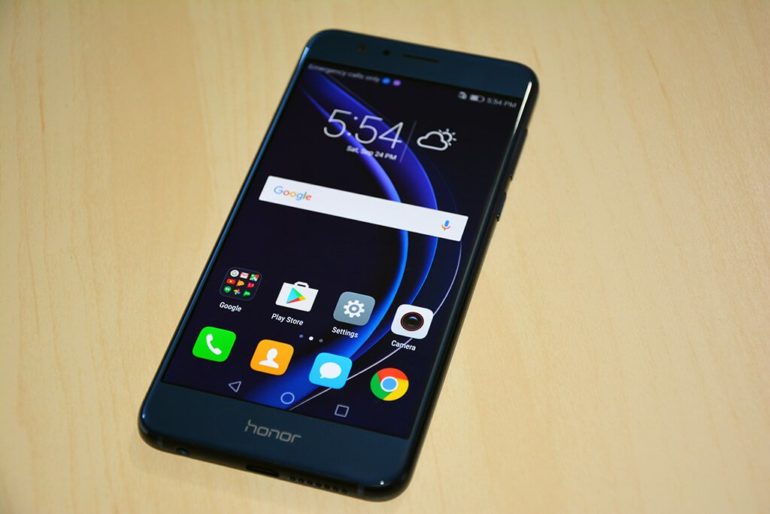 When Huawei initially entered the smartphone competition, they were given a warm reception ,and while their success was not consistent, thanks to a few underwhelming releases in the mid phases, the brand seems to be finding its groove again, and what better way to do it than with an all out flagship monster. The Honor 8 may carry the ‘Honor’ tag, but one cannot ignore the clear Huawei design ideology in the device. Like the Huawei P9, the Honor 8 also features the similar 5.2 inch Full HD display while sporting the very nifty Hisilicon Kirin Chipset. The biggest takeaway however, is that both, the 32 GB as well as the 64 Gb variants feature a staggering 4 GB of on board RAM. In short, no matter which model you go for, high performance is a sure shot guarantee.

While specifications are more or less similar to high end flagships in the market, what sets the Honor 8 apart from the competition is the new dual camera setup. Yes, I know HTC did the dual camera gimmick way back when the technology was still unheard of, but the execution was far from perfect, which is why it was soon shrugged off by the brand as well. Huawei seems to have done their homework and brought out a more refined iteration of the dual camera setup, so much so that they are focusing their entire marketing blitz on that one feature. While the Leica branding may be exclusive to the P9, the Honor 8 has a few neat tricks of its own, to neutralise this little omission.

The main challenge for the folks at Huawei was to pack in all these features in a very competitive price bracket, which means they would have made a few compromises, right ? Maybe, maybe not. Lets find out –

The Honor 8 follows the design language of the premium Huawei P9, which is why, at first glance , the two devices look exactly alike, and it takes a few minutes of hands on time with the Honor 8 to really spot the subtle differences. That said, the overall build is pretty solid and the thin bezels make the entire package look like a truly premium investment. Also, the Honor 8 features a glass on the back. According to the product report, the rear of the device is constructed using a stunning 15 layers of glass, using techniques like 3D grating and lithography, which give you this amazing refracted light effect when exposed to light. You could question the durability of the overall device due to the amount of glass that’s being used, but there are protective measure you can always take so its alright.

The micro usb port has been replaced by the newer USB Type C, while quick charging has been included in the package as well. Standard headphone/earphone users can breathe a sigh of relief as you do get a standard headphone jack in the honor 8 as well.

All in all, I don’t see Huawei cutting too many , or any corners in terms of design, as the device looks and feels completely premium. A sure must have for someone looking for a good looking device.

On the display side, the Honor 8 features a 5.2 inch Full HD display with a pixel density of around 423 ppi. Now , for those who are new to this, the human eye generally saturates at 300 ppi, so a pixel density as high as this is not perceivable directly. The only way you can really get a look at the bumped up pixel density is when you zoom into text. In this case, the text and images appear very crisp, and the overall experience is a visual treat. Huawei have also included an “Eye Comfort” feature, which reduces the harshness of the colours at night, making it easy on the eyes.

The Auto brightness could use some tweaking as the adjustment shows a bit of a lag sometimes, but its not something that will impede normal use.

All in all, Huawei has packed in a powerful display, and although most flagships feature the Quad HD displays, its still a technology that is picking up, so its not really a big compromise.

Huawei has always patronised its own chipset in their devices, and the honor 8 is no exception. What we have on offer is the octa-core Kirin 950 processor with i5 co-processor. The Kirin chipset has been overshadowed in the past by the more settled players like Snapdragon and Mediatek, and later , even the Exynos, but by no means is the Kirin an underpowered competitor. Paired with a monstrous 4 GB of on board RAM, the new Kirin 950 shows its mettle in flamboyant style. The benchmark scores do show that the overall performance of the Honor 8 is a bit of a mixed bag, but personally, I am not much of a believer of benchmarks, as the performance of every individual device is user dependent. All I can say is that the Kirin is not far from posing a viable threat to the top players, and with a few tweaks, they will surely come out with flying colours.

The topic of complaint however, is the software. I have never been a fan of the Emotion UI, and in the Honor 8 too, the UI fails to excite me. Most other OEMs went for a lighter UI to give users a more fluid experience of the Android 6 OS, but the Honor 8 just doesn’t get it right in this area. A lot of bloatware is still found on boot, most of which only hinders the performance of your device than provide any sort of useful application. For those who don’t mind bloatware on boo can go ahead,but for those few who like a cleaner feel of things, you can install the Google Now launcher, which gives you the entire stock Android feel right down to the app drawer.

Without doubt, the highlight of the Honor is its dual camera setup. The Leica branding may have been omitted for this model, but that doesn’t mean you are left stranded with standard camera features. The camera setup makes use of Sony’s 12 MP IMX286 sensors, one of which is monochrome, while the other is an RGB type.

When it comes to the performance of this camera setup, I would say it performs very similar to the setup on the Huawei P9, albeit a bit on the softer side. You can see a bit of noise creeping in on low light scenarios, but what we also get is the Pro mode, which gives us full control of the camera and we can tweak it to our desire.

All in all, the camera setup is definitely a bold move on Huawei’s part, and deserves due credit, but what they must keep in mind for the future is that, the smartphones these days tout near perfect camera sensors and software, and there’s really no place for second best.

The Honor 8 comes with a decent 3000 mAh battery, which, along with the aforementioned specifications does a good job of giving you a days’ worth of usage at a stretch. The battery life changes depending  on the usage , but all in all, its a setup that is not exactly bad, but in an age where battery life is most critical in a smartphone, the Honor 8 could have done a tad bit better.

Overall, the Honor 8 is a powerful offering from Huawei, something that could put them right back on the map. Yes, the device does have its little niggles, but overall, its definitely a device you want to consider if you are in the market looking for a capable device.