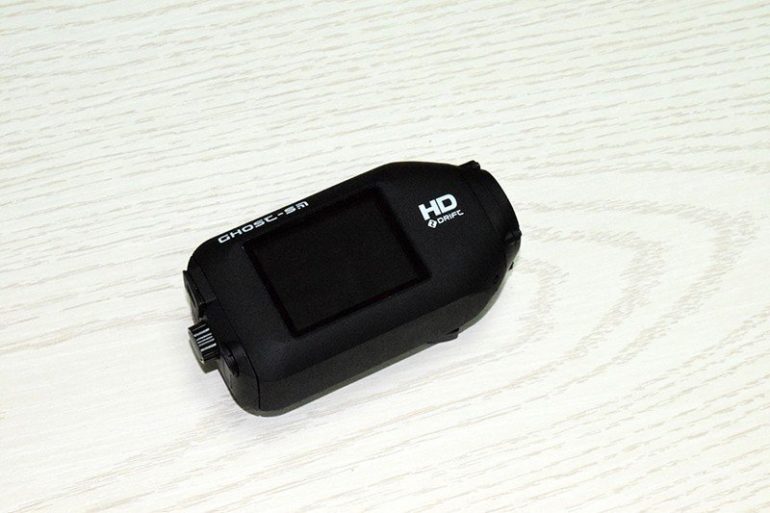 The device can be pretty handy and could be used anywhere as an action camera though at times it becomes a bit heavy for uses such as a helmet cam.

Let me give a review of Drift HD Ghost – Action Camera.

Mounting the camera is a bit of a headache with Drift HD Ghost. It’s because the standard camera screw thread is placed on the side. The first time you mount the camera you will get it wrong and the images will be on one side and you will have to go all the way to flip it during the post-processing which actually discredits the effect of 170 degree lens on the camera. Many first time users have made the similar mistake because of the poorly located screw thread of the camera. Ok, there are other alternatives where you can rotate the lens around but then why it has to be termed as an action camera when it takes a lot of time to set it up.

Unlike normal daily use digital cameras, the Drift HD Ghost has a fish eye lens in a glass dome which makes the device offer best results irrespective of the weather or terrain it’s being used. Whether you use it in rain or while surfing on the tidal waves, the shape of the lens made sure the water run off when the first gust of wind or bit of speed is exerted on the device. Above all being an action camera, the Drift HD Ghost is undoubtedly water and dust-proof to use it on different and exciting terrains. In terms of camera lens quality and waterproofing features, the Drift HD Ghost beats the competitors by a good margin.

The battery life of the Drift HD Ghost was quite impressive for an action camera. With a fully charged battery and frequent activation using the remote, the camera battery can last for around 3 hours. However the remote unit can last all day without any issues.

Adding a remote control to an action camera is definitely an icing on the cake and the Drift team has done a decent job including it with the Drift HD Ghost. The remote is quite handy as it flashes different colours in order to guide the operator to what mode is the camera functioning currently and basically what the camera is doing at the moment. With the help of the remote, the operator can easily set the camera options to take single pictures or bursts of picture. If the camera was recording, the remote will indicate the video mode by flashing the red light and also offers great control over the footage that was being recorded. Such a feature can help the operator tons of time in the editing room.

All in all the Drift HD Ghost – Action Camera is one of the  devices for action enthusiasts who love adventures and enjoy capturing those breathtaking moments to save it for a lifetime. It has definitely some flaws such as wind noise sound but that can be overlooked with its image and video quality.