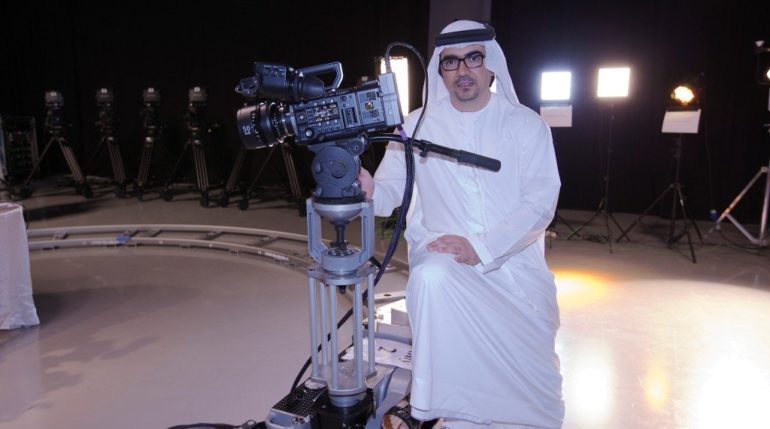 Sony Professional contributes to the success of twofour54 intaj studios.

twofour54, an Abu Dhabi based media community, was developed to enable the development of world class media and entertainment content. Named after it’s geographical coordinates, twofour54 positions Abu Dhabi as a regional center for excellence in content creation across all media platforms, including film, broadcast, music, digital media, events, gaming, and publishing.

Not too long ago, Sony Professional helped twofour54 develop and expand its production services and facilities, building and implementing 3G high-definition solutions in the process of setting up the twofour54 intaj Studios. As a part of their expansion, twofour54 purchased 24 camera chains (HDC – 2400) and 2 MVS – 7000X switchers to equip Studio Number 5, as well as build a fly way kit which was to be used for rental purposes. To strengthen their services to customers who mainly produce documentaries and film shoots, twofour54 purchased 3x PMW – F55 cameras with AXS – R5 recorders. The first 12 cameras and switchers were delivered in September 2013, and the remaining cameras were delivered in January of this year.

twofour54 is about placing companies and organizations at the heart of the Arab world and giving them the tools, support and infrastructure to create the highest quality content to the highest possible standards. Through the use of Sony Professional products, the intaj Studio was able to provide its key stakeholders with this level of success.

Last year, twofour54 intaj facilitated a number of local, regional and international productions from television commercials to Hollywood feature films including the upcoming thriller from SonyPictures Entertainment, Deliver us from Evil, and Universal’s Fast & Furious 7. Filming of the next chapter in the highly anticipated action-thriller series, which is one of the highest-grossing movie franchises of all time, commenced in November 2013 when a visual effects crew captured helicopter shots, stunt footage and a variety of visual effects scenes at some of Abu Dhabi’s most iconic landmarks. In April, actor/producer Vin Diesel, as well as actors Michelle Rodriguez, Tyrese Gibson and Chris “Ludacris” Bridges, joined the crew in Abu Dhabi to continue production. twofour54 intaj served as the UAE producer of the film.

ALSO READ  20 years since "ILOVEYOU" - What impact did it have?

twofour54 intaj studios has also supported the BBC with the production of two episodes of Top Gear, the world’s most popular television programme for motor enthusiasts.

The aim of twofour54 intaj has always been to offer unrivalled, world-class production and post-production facilities and the Sony Professional equipment has added to the already excellent services they offer.