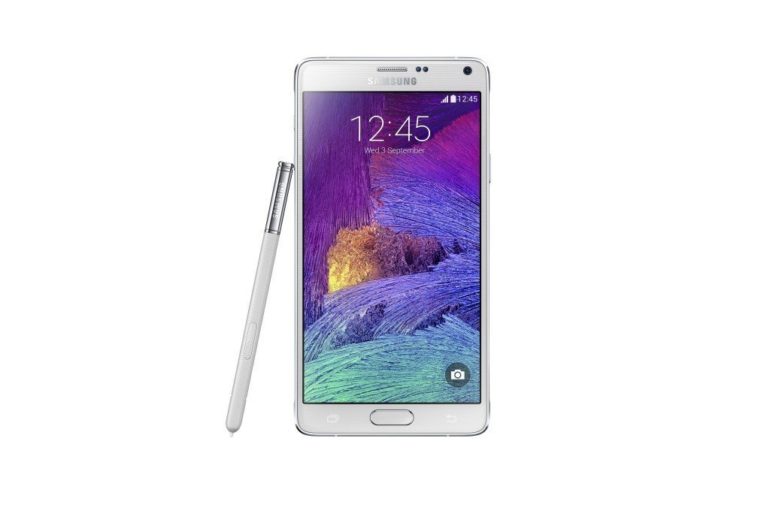 Samsung is going big now, in every sense. After losing its market share with the rise of Chinese smartphone makers like Xiaomi and Huawei along with local players going big in major countries like India, Samsung wants that market share back and it’ll do whatever it can.

Note 4 is the latest iteration of its Note series. Let’s see what this has in store for us:

Samsung has been always poor in this segment, year after year giving the same plastic back which seemed cheap. Now it plans to change its bad image with the new textured back which resembles leather. The sides are flat and so easy to hold onto comfortably. Physical buttons are placed on the sides making it better to use. The note 4 carries forward the signature Samsung single home button design. Even as they have impressed us with the design, it’s still not an HTC One M8 which sports stunning design profile.

And the phone is big, I mean huge. It almost massive 6 inch display along with the top and bottom bezels makes it huge.

The Samsung Note 4 has got the same AMOLED 5.7 inch display from the Note 3 with a pumped up resolution of 2650 x 1440 which makes it a QHD from the 1080p HD display on the last year’s model. With a pixel density of 515 ppi, the display is flawless. As expected it is clear and super sharp. All the images and colors are vivid thanks to AMOLED which makes it a pleasurable visual experience.

The Samsung Galaxy Note 4 continues with the S-Pen. The narrow stylus tucked inside the phone has come a long way from the 1st Galaxy Note. It now boasts 2000 levels of sensitivity, so as to improve the drawing and sketching experience on the phone. You can write, draw and control anything on the screen which are complimented by the Samsung’s Note specific applications which uses the S-pen’s capabilities to the max.

Samsung’s touch wiz UI is an easy to use interface with tones of Samsung applications. For one handed operation, Samsung has included an option to shrink the screen to either left or right so that it can be comfortably reached by your thumb.

The phone has a 16 megapixel rear facing camera with optical image stabilization which makes it an amazing device for taking some good images. Colors may seem a bit oversaturated but it doesn’t make any major difference to the image quality. However the low light performance isn’t impressive but overall the camera is pretty above average, and the high resolution 16 MP pictures give sharp images.

From camera is a 3.7 megapixel which takes nice selfies with additional camera features that would make you look beautiful (that’s what Samsung claims).

Having a 32 GB internal memory with a micro SD support up to 128 GB, you will probably never complain about the memory on device.

You’ll get the latest Qualcomm Snapdragon 805 quad core processor clocked at 2.7 GHz or Exynos 5433 octa-core processor (quad core 1.3 GHz plus quad core 1.9 GHz) paired with 3GB of RAM with the smooth Samsung UI over Android KitKat 4.4, everything runs very smooth with no complaints even when you have multiple tasks running in the background.

It has a 3220 mAh battery, Note 4 is a battery sipper that would easily last for over a day and a half. You will never complain anything about the battery life.

Samsung Galaxy Note 4 comes preloaded with Android KitKat and Samsung native touch wiz interface ,Feature wise Samsung has added lots of multitasking features making the full use of the large screen and the added S-pen Visually its still not the best compared to other interfaces

It has all the major network specifications like 2G, 3G and 4G LTE supporting all the major bands. WiFi 802.11 a/b/g/n/ac, dual band with WiFi hotspot support. All these options are on par with the major mobile phones present at this time.