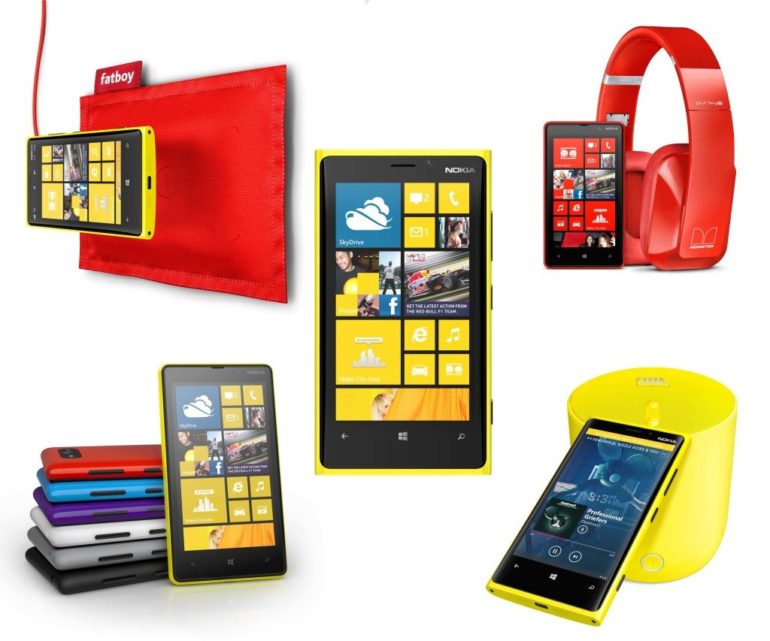 Commenting at the launch event, Tom Farrell, Vice President, Nokia Middle East said: “At the beginning of last year Nokia outlined a new smartphone strategy to deliver devices that not only surpass their predecessors, but revolutionize the industry.  We are now proud to stand here and present to you the most innovative device in the history of Nokia, embodying the height of technology, design and user-experience.”

“The Middle East is one of the top key markets for Nokia and continues to be strongly committed to this region. This is testament with UAE and Saudi Arabia being among the six global markets for Nokia to introduce the new Lumia range with Arabic language capabilities with strong operator offerings and retail presence. The availability of a user interface in the local language combined with strong operator offerings are two key elements in satisfying demands of consumers from the region. We are confident that the most innovative smartphone – the Lumia 920 will be a milestone for the company as a whole,” added Farrell.

“The UAE is a mature telecom market which mirrors the increasing global customer preference of adopting smartphones over feature phones. The Nokia Lumia 920 Windows 8 smartphone represents the pinnacle of mobile technology, and we are proud to be the exclusive telecom carrier in the UAE for the launch of this smartphone,” said Farid Faraidooni, Chief Commercial Officer, du. “Our partnership with Nokia has resulted in expanding choice of innovative mobile handsets available for our customers, and we would like to congratulate them on yet another exciting product launch.”

Using advanced floating lens technology, the camera in the Nokia Lumia 920 is able to take in five times more light than competing smartphones without using flash, making it possible to capture clear, bright pictures and video indoors and at night.

Nokia PureView technology continues to deliver cutting-edge technology to make it possible for a smartphone camera to take the kind of images usually only seen on a standalone SLR camera. With the Nokia Lumia 920 it is now possible to shoot pictures and video at home, outdoors, in a restaurant or even at night, and come out with professional-looking results.

The Nokia Lumia 920 also comes with Nokia City Lens, the latest addition to the Nokia location suite. By pointing the camera at a city street, City Lens overlays information about restaurants, shops, hotels and more on the surfaces of buildings, for the most intuitive way to explore surroundings. Nokia City Lens is the start of a new augmented reality experience that also enhances Nokia Maps, making it possible to move between maps view and augmented reality view to help people check their direction and surroundings. Along with enhancements to Nokia Drive and Nokia Transport, the Nokia location suite of services represents the most comprehensive, integrated mapping experience of any smartphone.

The Nokia Lumia 820 is a stylish, mid-range smartphone that delivers high-end performance in a compact package. While the Nokia Lumia 820 has the same uni-body look and feel as the high-end Lumia smartphones, it comes with an exchangeable shell design. Exchangeable shells not only make it possible to select from a range of colors, but also to add wireless charging. Beneath the shell is room to insert a micro SD memory card.

Windows Phone 8 provides a more personal smartphone experience, with a start screen that can be more easily rearranged to reflect individual priorities and new animated Live Tiles for real-time updates on the things that matter most. The ability to sync content between Windows Phone 8 smartphones, Windows 8-based PCs and tablets or Xbox means files, music, pictures and video can be accessed in whichever way is most convenient. With Internet Explorer 10 for faster, safer browsing and Microsoft Office apps built into the platform, Windows Phone 8 is also the easiest way to get things done.

The Nokia Lumia 920 also comes with Nokia’s largest ever battery (2000mAh) and, for the first time, built-in wireless charging for an easy, convenient way to get more out of every day.