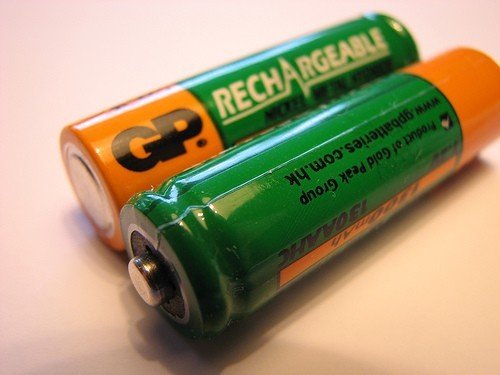 One day, someone will make a breakthrough in battery technology that will render all other inventions in the battery world obsolete overnight. Such a breakthrough will most probably come in the form of super-rechargeable lightweight batteries working via solar power, or very small physical manipulation.

Until then, however, the enormous prize awaiting the inventor of such a breakthrough remains up for grabs and we must tolerate the best the world currently has to offer.

As things stand, the burgeoning demand for battery power for portable electronic devices means that even relatively small advances in battery technology are greeted with a great deal of excitement by the tech world in general – and investors in particular. Obviously, this is down to the fact that battery life and battery stability are vital factors in the performance of mobile devices. In fact, the combined value of the world market for rechargeable battery technology is estimated to grow from somewhere around $14 billion today to almost $55 billion by the year 2020.

Recently, researchers at the Materials and Surface Science Institute at Ireland’s University of Limerick successfully developed a technology which more than doubles the capacity of lithium-ion battery anodes – retaining the increased capacity even after being the batteries have been charged and discharged over 1,000 times.

The lithium-ion battery on the market today uses graphite, which has relatively low capacity and so the amount of energy that can be stored is relatively limited. The Materials and Surface Science Institute research utilised an alternative element, germanium, which has higher-capacity. Now, using nanotechnology, the researchers have found a method of restructuring germanium using nanowires, into a stable and porous material, preventing the material from falling apart after a number of cycles, which was previously the problem with germanium.

ALSO READ  Anghami, the First platform to hit over 10 billion streams milestone in MENA in 2019

This makes it an excellent battery material because it can remain stable over very long timescales even with continuous (recharged) operation.

This breakthrough has enormous potential not only for the obvious areas like mobile computing and telecommunications, but also for the ever-more important market for electric vehicles. If smaller and lighter batteries can be produced that also hold more charge for a longer period, and this kind of performance can be maintained over the whole lifetime of a product, then the whole world changes thanks to the simple battery.

This “about-face” kind of technology development shows, in some ways, how portable power lags behind the potential of portable devices – but it’s changing all the time as the latest development from the University of Limerick demonstrates. It may be a while before this hits the mainstream market though.

Until then, it’s vital to consider the existing technicalities of a range of batteries from various suppliers. The larger tech-based wholesalers such as Maplin and RS components provide comprehensive, easily understood technical information on their rechargeable battery products and run content hubs to help educate potential customers both before they buy and afterwards. This sort of supplier is also likely to be quick on the uptake of the latest breakthroughs in battery technology – because it really is improving by the day, so it’s a case of “watch this space”..